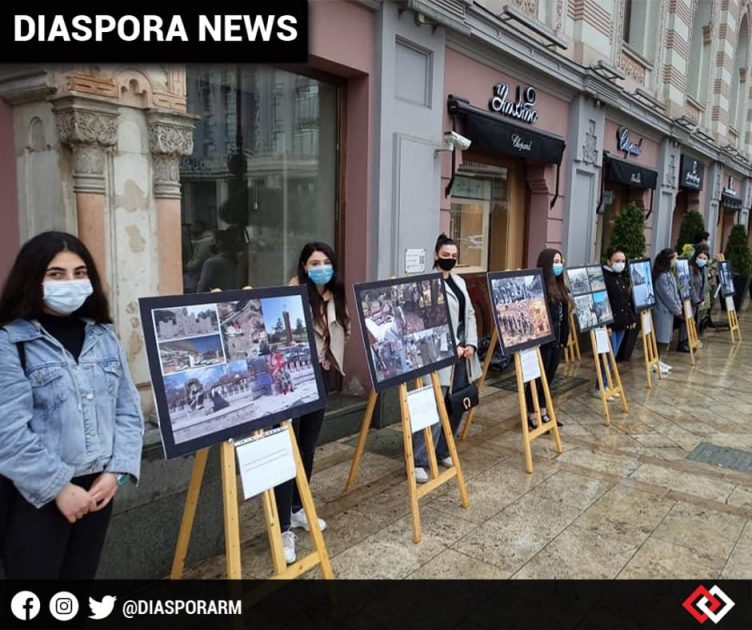 An exhibition of photographs titled “Genocide of the Armenian Nation” was displayed on Freedom Square in Tbilisi. The exhibition featured photographs from the Sumgait Pogroms in Baku, as well as the cultural genocide perpetrated by the Azerbaijanis in Artsakh and Nakhichevan. Some two hours later, the exhibition was moved to the Georgian President’s residence, where it was continued.