Armenia, a mission land for the Moscow Patriarchate? 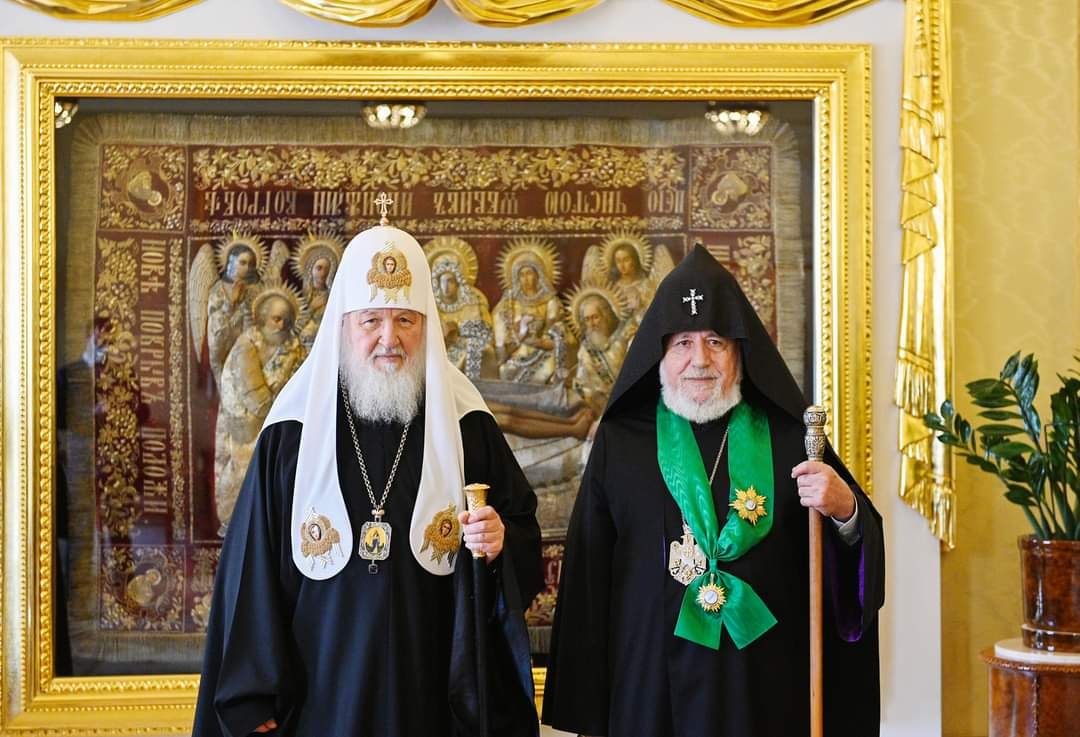 On October 15, 2021, the Information Center of the Patriarchate of the Russian Orthodox Church announced the decision of its synod to establish a diocese in Armenia. The event is a first, since no diocesan structure of this Church had ever existed before on Armenian soil despite 163 years of Russian and then Soviet occupation. The statement said his primate will bear the title “Bishop of Yerevan and the Armenians.” Wink of history? Its first holder is Archbishop Leonid Gorbachev, whose family originates from Stavropol and Krasnodar, regions where there are large ancient Armenian communities. After his canonical enthronement, Archbishop Leonid will retain most of his responsibilities as head of the “Department of External Relations of the Moscow Patriarchate”. Since 2016, he was already in charge of the administration of Russian parishes in Armenia as well as in Vladikavkaz.

A past as a garrison church.

Present in this part of Armenia since 1828, when the region was annexed by Russia, the Russian Church currently has eight places of worship on the territory of the Republic of Armenia.

For almost a century, this ecclesial entity was in reality only a “great garrison parish” since most of its churches were built within the walls of the imperial army. It was naturally unthinkable that the soldiers of the Czar could frequent the places of worship of a Church considered at best as “heterodox”, if not “heretical,” and of course still less to be admitted to his Eucharist. The most amicable of qualifiers which the Russians then bestowed upon the Armenians was that of “monophysites”.

At present, the number of its faithful is difficult to quantify. It would bring together some of the 12,000 “ethnic” Russians living in the country – with the exception of the 3,000 Molokans who are considered a sect by the Russian Orthodox Church – but also Ukrainians and Greeks from Pontus. Also belong to the Russian Orthodox Church the Armenian-Russian “mixed” families and Russian Federation troops based in Armenia. According to Father Arsen Grigoriants, rector of the parish of the Intercession of the Holy Mother of God in the Kanaker district in Yerevan, himself of Armenian origin, the majority of its members are today Armenians “converted” to Chalcedonian Orthodoxy.

Despite the modesty of the number of its faithful – around 600 people – the Georgian Orthodox Church formally established a diocese in Armenia (in the Lori and part of the Tavush region) to base its demands on eight churches and monasteries in these regions that she considers as being her own. To this day, this diocese is not recognized by the Armenian authorities. At the same time, the state and the Church of Georgia still refuse to return dozens of their churches to the Armenians of the country, including more than 20 in Tbilisi, the capital of Georgia. Many of these shrines have been “Georgianized” after being stripped of all Armenian inscriptions and decorative motifs.

Towards a missionary Church?

Despite a recently reaffirmed “fraternity of appearance” at the summit of Russian, Armenian and Azeri spiritual leaders in Moscow on October 13, the Russian Orthodox Church is in fact acting as a “missionary” entity in Armenia without hesitating, through the founding of this diocese, to openly and brutally shake up the ecclesiological principles of the universal Church as well as the good practices of ecumenical life. But we are hardly surprised when we analyze the relationship it has with other churches, including its sister churches, including the Ecumenical Patriarchate of Constantinople.

It is clear that once again, in accordance with an old Russian and Soviet tradition, the Russian saber, then the Russian sickle and bottle brush, now work in the same dynamic, with common objectives.

Just as the Russian Church announced the creation of its “Diocese of Yerevan and the Armenians,” Sergey Lavrov was speaking out about the advisability of opening new Russian schools in Armenia.

We are therefore witnessing a very exceptional alignment, no doubt purely fortuitous, of Moscow’s military, cultural, religious and diplomatic calendars.

After the summit of the three religious leaders, Armenian, Russian and Azeri, the site “365 days” of Yerevan predict for this weekend of “novelties”, this time from the side of Artsakh.

This media announces neither more nor less than the transfer by Baku of the Cathedral of the Holy Savior of All from Shushi to the Russian Orthodox Church. From January 21 of this year, the site “lagazetteaz.fr” intended for French-speaking friends of Azerbaijan prepared international opinion by writing “that there had never been an Armenian church in Shusha” and by presenting a conspiracy thesis which intends to prove that the cathedral of Shushi built in a Russian style was intended to receive the devotions of the Russian soldiers garrisoned in the city. The building was then “disguised” as an Armenian church. The “proofs” of Baku will undoubtedly appear with the end of the “grooming” of the cathedral and the lifting of the tarpaulins which currently hide it.

But while waiting, how does the hierarchy of our Church interpret the title of the primate of this new Russian diocese: “Երեւանի եւ Հայոց եպիսկոպոս”?