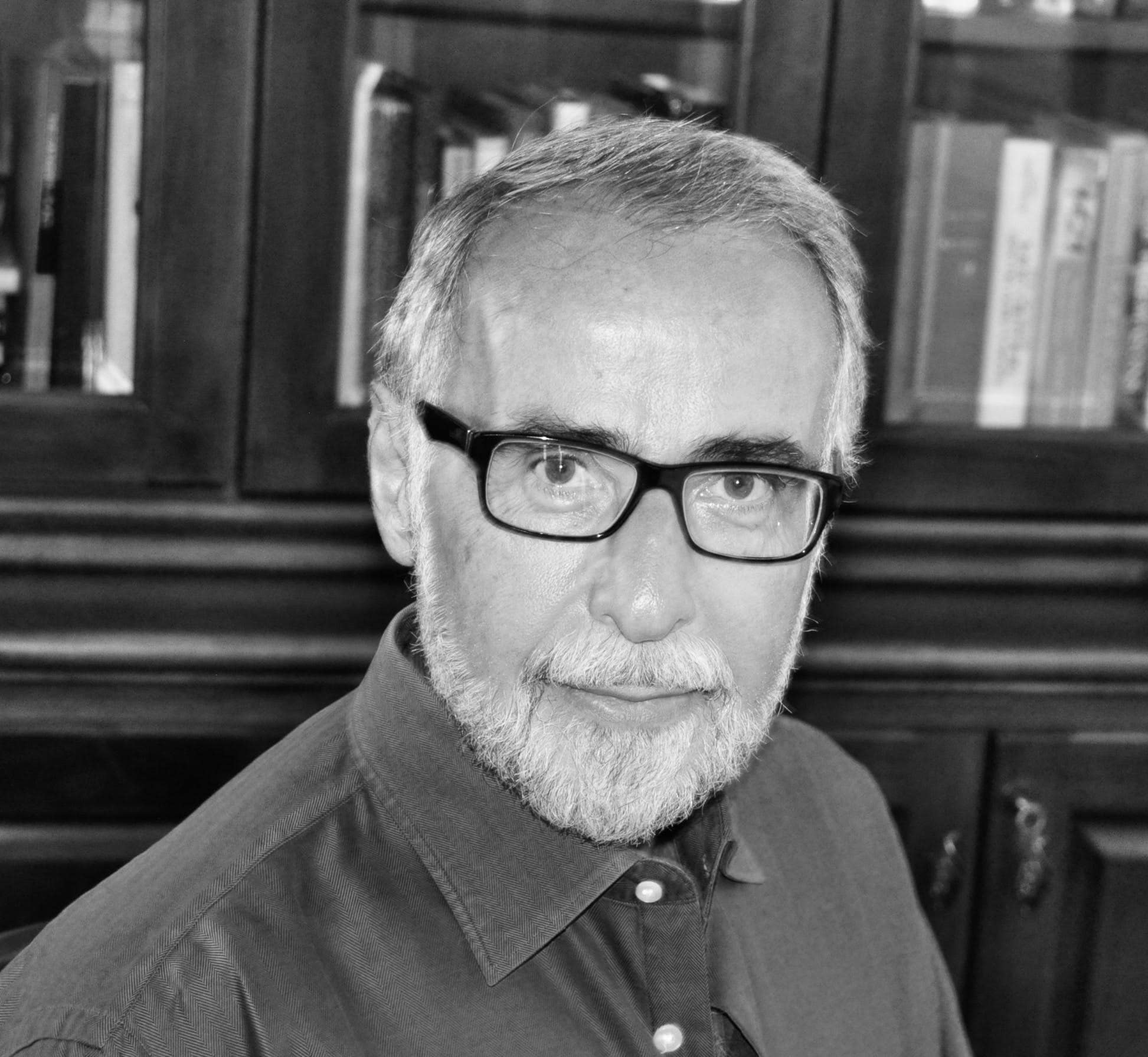 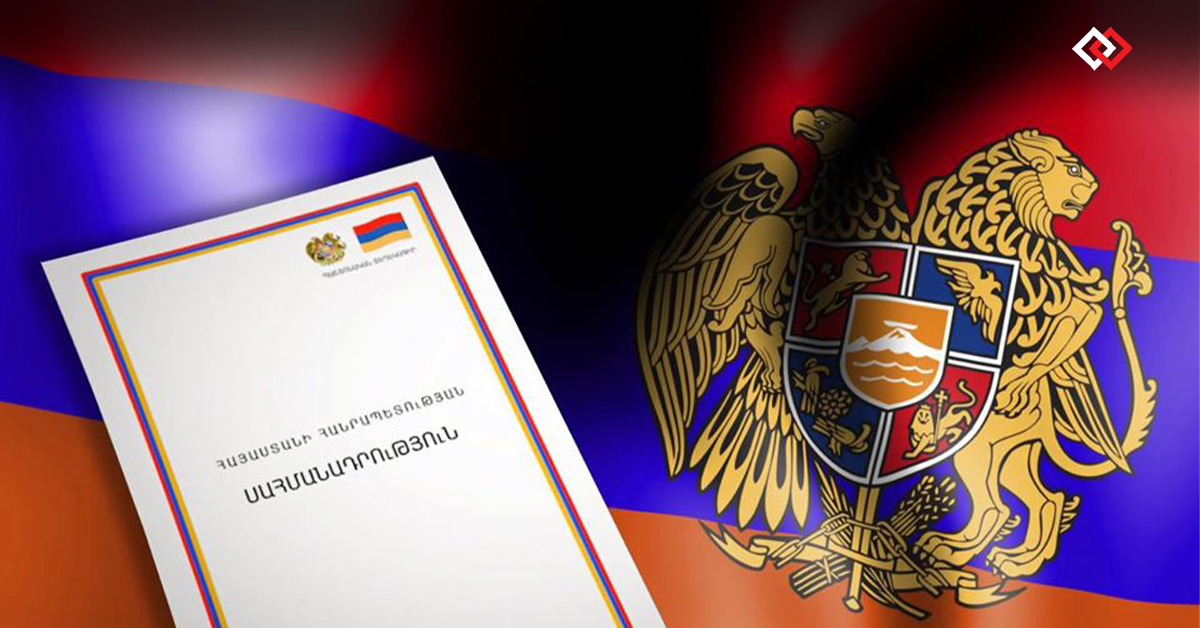 The resources of the entire Armenian nation are required to pull Armenia out of the severe crisis created by the defeat in the 44-day war. In fact, it is not difficult to imagine that had the resources of the entire Armenian nation been engaged in the governance of the country in the past 25-30 years, the outcome of that war might have been different, not to mention the distinct possibility that the war may have been avoided altogether. But this commentary will not speculate on how things might have tuned out had we managed the past differently. Let us focus instead on the future.

75-80 percent of the resources of the Armenian nation reside in the Diaspora. This is true by any measure of the term “resources,” including number of people, education levels, professional qualifications, financial resources, experience in management and administration, competency in science, medicine and technology, global connections, experience in military and strategic affairs and in intelligence operations.
And by “Diaspora” we should not understand only ethnic Armenians living outside Armenia with little or no connection to Armenia. This talent resides among:

This vast national resource is currently restricted, by Armenian law, from serving the Republic of Armenia in some key public posts. Articles 48, 148, 124, 165, 174 and 177 of the Constitution impose critical restrictions on who can be elected to the Parliament, serve in the government in a Ministerial capacity, serve as President, or serve in any high-level position in the judiciary. (See for the relevant paragraphs of these articles). Specifically,

There is no compelling national interest to be served by these restrictions, especially given the unique circumstances of Armenia and the Armenian nation. While maintaining the key precondition that it should be the citizens of the RA who choose their representatives and their government, the following modification to the Constitution would serve the country and the nation well:  From all six articles, remove the restriction of citizenship of “only” the RA and, where applicable, residency in Armenia in the “preceding four (and six) years.”

Thus, the conditions for all these positions, as they relate to citizenship and residency would become:

1) citizenship of the RA
2) permanent residency in Armenia while in office.

All other requirements for qualifications and experience, especially for judges, would remain.

In addition to the above, whether explicitly mentioned in the Constitution or not, all government Ministers, vice Ministers and high-level employees in sensitive positions should pass security clearance and should have demonstrable qualifications for the positions that they occupy.

This amendment would create the necessary conditions (but not the sufficient conditions) for a more meaningful and consequential involvement of the Armenian Diaspora resources in the governance of the country. Once the process starts, for example, through the appointment of one Minister, it will facilitate the engagement of more Diaspora talent, because the Minister in question might add a few qualified Diasporan Armenian professionals to his or her staff. This will trigger wider interest in the Diaspora to engage in Armenia, including in positions which were not restricted by the current Constitution.

Note that this amendment would not change the basic principle that it should be the exclusive right of the citizens of the Republic of Armenia to elect their representatives, which, in turn, would elect their government. Non-citizen ethnic Armenians from the Diaspora would have no say in this process whatsoever. Note also that it may take a long time after such an amendment is adopted before any noticeable change appears in the governing body of Armenia. The selection and vetting process would be time consuming, politicians would proceed with caution, and the considerable gap in renumeration overseas versus renumeration in Armenia would be an important obstacle. Nevertheless, removing the Constitutional hurdle would be a critical first step to kick-start the process.

Public policy value should be an important consideration in assessing this amendment. Armenia needs and wants more input from its citizens who have dual citizenship, yet it disenfranchises the Diaspora of Armenian citizens. Armenian citizens with a second citizenship, who live and work in Armenia, pay taxes and, if they have not served in another country’s military, are required to serve in the military. But they cannot be elected to Parliament nor be appointed to high office. This provision violates the basic principle of reciprocity and goes against a key public policy value.

Argument/objection #1:  The provisions to exclude dual citizens and those who have not permanently resided in Armenia in the preceding 4-6 years are based on national security considerations.

This argument, while theoretically appealing and with some precedent in other countries, has very weak practical bases to justify a Constitutional restriction. The national security of the RA has suffered more devastating damage than at any other time since independence. It is hard to imagine how government officials with dual citizenship could have posed a bigger risk than what we have faced in the last two years. Quite the contrary, as mentioned in the first paragraph, the security of the RA would probably have been enhanced substantially if the vast human capital resources of the Diaspora had been put to the service of the government.
Here it is worth mentioning that for the vast majority of Diaspora Armenians, citizenship of a foreign country represents a work permit or business necessity and does not necessarily stem from an inherent allegiance to a foreign government. The rare exceptions can certainly be weeded out during the standard security clearance vetting process, and through regulatory, administrative, and investigative measures. This is as true for the Armenian citizens who migrated outside seeking employment, as for Diaspora Armenians who were born outside and started as foreign nationals and later acquired Armenian citizenship.
Besides, there is no assurance that someone who fulfils the conditions of the current Constitution cannot be recruited by a foreign intelligence service or serve the interests of another country.
Aside from regulatory, administrative, and investigative measures, the Armenian government should discuss the clearance issue with countries where there are large Armenian communities, and secure a rotation of talent understanding, whereby dual citizens serving in Armenia do not lose privileges in the countries of their second citizenship, and vice versa.
There are hundreds if not thousands of citizens of the RA with a second citizenship who could make invaluable contributions to Armenia in various fields — economic, security, diplomatic, educational, healthcare, technology — without posing any more of a security threat to the country than those with only Armenian citizenship pose. The potential benefits from this vast unutilized human resource far outweigh any potential risks. The government should try to remove as many hurdles as possible restricting the meaningful engagement of these resources in the governance of Armenia.

Argument/Objection #2. The only positions that these articles in the Constitution affect are President, Prime Minister, Deputy Prime Ministers, Ministers, members of Parliament and various key positions in the Judiciary. There are no Constitutional restrictions for Diaspora Armenians with dual citizenship and less than 4 years of residency in Armenia to serve in any other government positions. Why don’t interested and qualified Diaspora Armenians serve in those positions, instead of waiting for Ministerial or other leadership posts to be available?

While technically correct, this is a lame argument and misses the point. The point is that the RA must itself actively seek and recruit the best Armenian talent to bring the country out of this crisis, and that includes positions at the highest levels of government. The exclusion of the entire upper echelon of the government is also discouraging to all other levels from offering their services.
Furthermore, and much more importantly, mid- and lower-level government employees will not be able to introduce the much-needed reforms to address the operational inefficiencies which currently plague the government bureaucracy. An important objective of this exercise is to introduce systemic improvements in the operation of the government, which cannot be achieved through below-Ministerial positions.
A truly exceptional resource, combining competence, experience, global contacts, would need the appropriate rank to make full use of his or her potential in the service of Armenia. This is especially true in multilateral economic, trade and diplomatic matters, where global contacts with high-level counterparties play a key role.
Finally, it is worth mentioning that there are a large number of public service positions where dual citizens of Armenia are prohibited from serving by their own separate laws and regulations, even though the Constitution does not call for such restrictions. These include autonomous bodies and the Defender of Human rights, and others. So the issue is systemic to the entire governance structure of Armenia. Once the Constitution is amended, it may be easier to address these separate laws as well.

Argument/Objection #3. If there are qualified Diaspora Armenians who can and are prepared to make valuable contributions to the country by being in the government, why don’t they give up their foreign citizenship, establish permanent residence in Armenia, and, after four years, become eligible for joining the government?

Those making this argument either do not understand or do not want to understand the critical difference that using the full power of the resources of the Armenian nation could make for Armenia, especially at this junction it the history of the Republic. Armenian law should facilitate the engagement of Diaspora talent, and not impede it. As stressed earlier, accepting and/or keeping citizenship in foreign countries has been a matter of economic necessity for the vast majority of Diasporan Armenians. Expecting these professional not only to give up their foreign citizenship, but also to move to Armenia and reside for four years, possibly idly, just for a small chance of eventually being given an opportunity to serve in the government is unrealistic and deliberately prohibitive.
Here, it might be worth mentioning a probable true motive behind keeping these articles in the Constitution. There has been a chronic resistance to power-sharing in all Administrations since independence, primarily to protect vested parochial interests, to the detriment of national and State interests.

In summary, it is time to remove the Constitutional hurdles and, in a considered and calculated way, allow the vast resources of the Armenian citizenry of the Diaspora to serve the fundamental strategic interests of the State.

Article by Vahan Zanoyan, published in The Armenian Mirror-Spectator on February 8, 2022