Redefining relations with the Diaspora 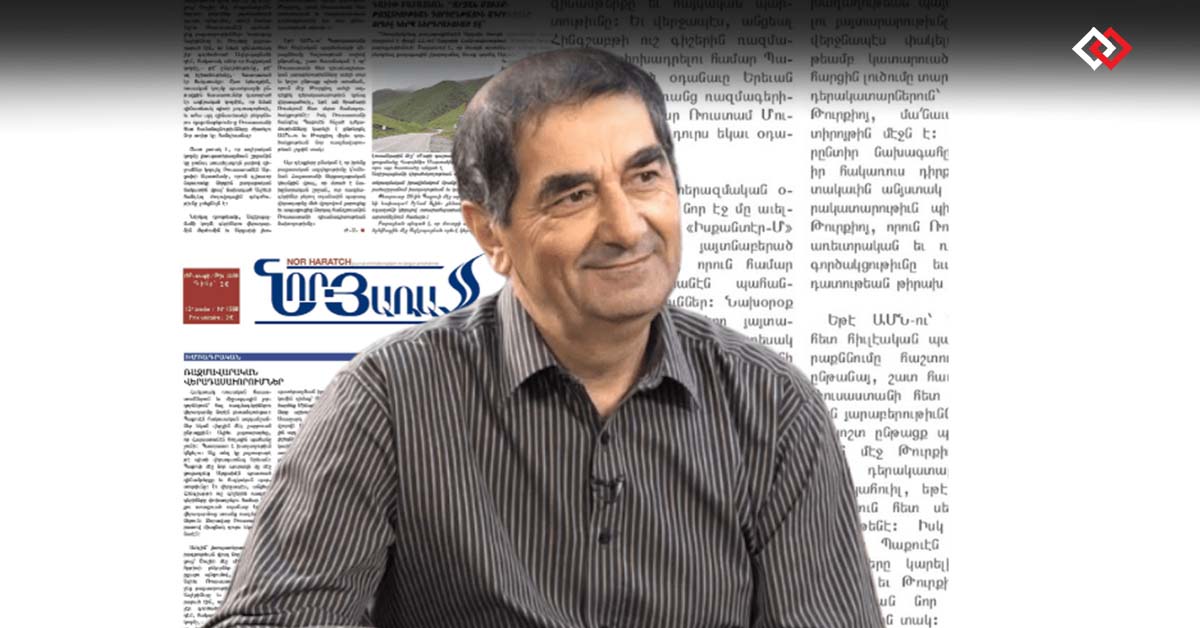 Relations between Armenia and the Diaspora need more comprehensive and in-depth cooperation. They are currently based on a one way monologue of “I speak, you listen” rather than open dialogue.
However, since Pashinian came to power, this “Global Armenian Assembly” is the first serious attempt to redefine relations with the Diaspora.

Below is an extract from the “Nor Haratch” editorial of September 1, 2022:

From October 28 to 31, upon the invitation of the RA High Commissioner for Diaspora Affairs, the “Global Armenian Assembly” will take place, which is the rebranding of the previously known Armenia-Diaspora conferences. It is the first large-scale Armenia-Diaspora meeting organised in light of difficult political circumstances, since the Velvet Revolution of 2018.

In the past, under the presidents Kocharian and Sarkissian, docile cohesion was shown by the local and diasporan participants towards the ruling governments, in the framework of the Armenia-Diaspora conferences. However, the situation is not the same anymore. The clergy of Mother See of Echmiadzin did not dare to criticise the political figures back in those days. Now, they freely oppose the authorities, pretexting  the anti-ecclesiastical positions of the government. In contrast, Great See of Cilicia remains on a more conservative line. Naturally, the official position of the Armenian Revolutionary Federation remains the roughest amongst the Diaspora organisations, especially towards the current Prime Minister and his High Commissioner for Diaspora Affairs, whose foreign trips have always met with obstructive opposition organised by the ARF.

Considering this non-consensual situation, the October Assembly becomes more interesting. The programme has already been published. The Assembly’s level and success depend on the quality and quantity of the participants. After the official meeting on the first day, the remaining three days will be filled with sessions dedicated to the security strategy, and multi-polar Armenia-Diaspora relations: educational, cultural, scientific, economic cooperation, and Diaspora Representation issues.

The Assembly’s program is prepared by the experts well-placed behind the desks of the Commissioner’s Office. Different Diaspora communities neither discussed, nor examined the topics of the sessions in advance.

The relations with the Diaspora need a more comprehensive consultation. After the Velvet Revolution, Prime Minister Pashinian appointed the Mayor of Glendale to the position of the High Commissioner for Diaspora Affairs, to achieve two goals: firstly, to make Mr Sinanian an example of repatriation for the Armenians who emigrated from Armenia; secondly, to keep the management and coordination of Diaspora Affairs under the direct jurisdiction of the Prime Minister’s Office, taking into consideration its numerous features: national, political, economic, educational, cultural, propagandistic, etc.

Practically, the difficult political situation, the epidemic, and the war have changed a lot of things. Since Pashinian came to power, the “Global Armenian Assembly” is the first serious attempt to redefine the relations with the Diaspora.