I call your name, Lebanon 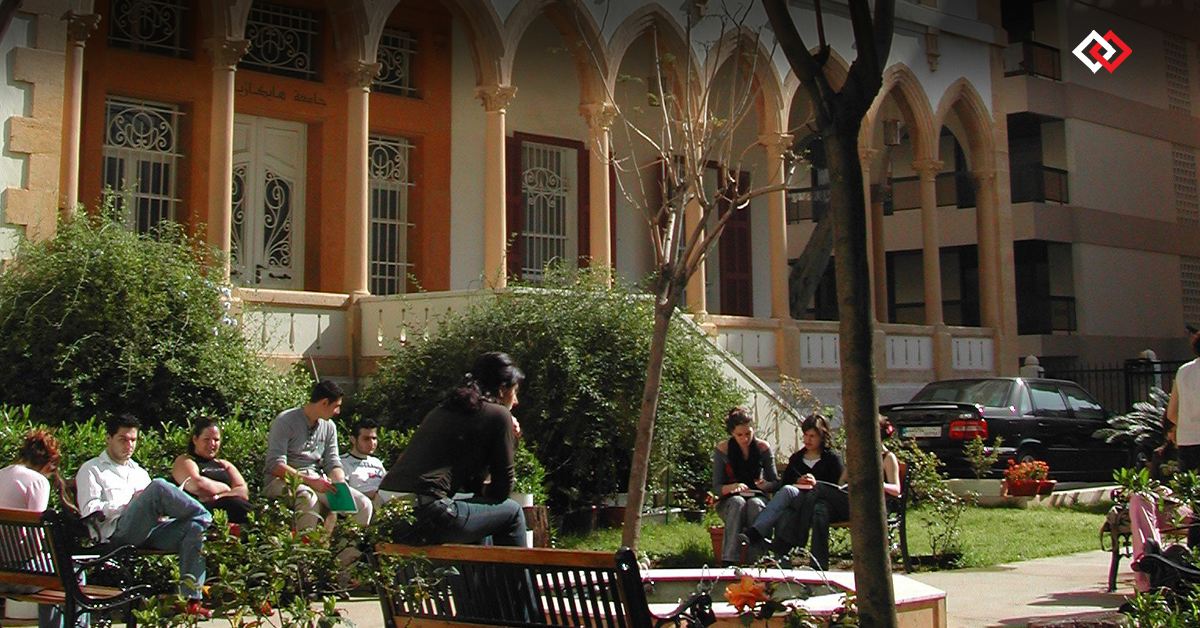 “There is fire in Paradise, in my Paradise, in Lebanon
I wish the whole world loved my Paradise, my Lebanon
But many were jealous of you, Lebanon
My beloved Lebanon, you were the hearth of the Diaspora.”

Indeed, Lebanon is the beating heart of the Diaspora.
Its schools; the Armenian Evangelical College, Hovagimian Manougian, Jemaran, Mesrobian… have shaped generations of Elite, including a Nobel Prize Laureate.
Its Theological institutions, the Seminary of Antelias, the Near East School of Theology and the Patriarchal Congregation of Bzommar have provided the Western Diaspora with Spiritual fathers.
The Haigazian University, the only Armenian University in the Diaspora, has shaped its Educators.
It has spread light and knowledge. It has been the first institution in the whole of the Middle East, including Israel and Iran, to launch Rockets as early as 1960s (see here) to the point of getting NATO member countries involved to halt the program.

The Lebanese economic crisis started in 2019, followed by the pandemic, the August 4 2020 sea port explosion, the regional and the political crisis have brought Lebanon to its knees, the minimum salary to 25 USD per month, one of the lowest in the world and 70% of its population including its Armenian minority to extreme poverty (see here), lining up for bread distribution!

While Ethiopia was facing dangerous political destabilization in 1991, Israel and World Jewish organizations got together, planned, financed and executed 14,325 Ethiopian Jews to Israel in 36 hours of non-stop.
Flights (see here).

The case of our people is different than that of the Falashas, who were mostly farmers in Ethiopian highlands, while “Lebanon”, the beating heart of the Western Diaspora is of a strategic importance for the Nation.
Have you asked yourself why Jewish organization and probably the state of Israel are funding Yiddish culture in North America? Do you know how many Yiddish movies are available on Netflix?
It is true that speaking Armenian is not a necessary condition to be Armenian, but deprive people from their culture, they lose their identity and you lose them.
And God forbid, if suddenly one of the branches of our bifurcate tree dries out, the second branch and then the tree itself will be threatened.

The Diaspora is not exhausted. It has to gain collective consciousness, get together, set its agenda and take action. Among the agenda articles should be taking ownership of its community in Lebanon.

We need a Task Force to subtly undertake a strategic study to secure the well-being of our people in Lebanon and in the Middle East generally, to project the future of these communities with the perspectives of safeguarding and consolidating institutions and the Western Armenian heritage.

Our people are known to be creative and industrious. Yet we need to adapt to the global evolution; certain trades are in decline, others are rising. We need leadership to lead, entrepreneurs to create jobs, train people in new jobs, in construction, services. We need mentors to orient our youth towards remote jobs, such as the jobs offered to 100 000 French students by Side  or Upwork which has 17 million users.

Power supply, a serious issue in Middle East comes here as an obstacle. Rather than raising funds to buy fuel for our schools, we should equip all our institutions with solar panels, to put in place libraries where our youth could go and work their laptops.
Beyond, we can plan installing wind turbines to supply electricity to the whole towns of Anjar, Kessab and their neighboring non-Armenian towns, making thus a political achievement; we can plan and fund 5 million Euros investment in “Waste to Clean Energy Plant” to transform the waste piled up in Bourj Hamoud to methane. We are not talking here about a donation, but an investment which would probably be paid back in 5 to 7 years.

The simplest of the above is installing solar panels on our schools, yet that needs preliminary studies, sourcing and execution. Such an initiative would be so much easier if we got together and made a global project in partnership with a company like UAE based MASDAR, to equip 100 buildings in Lebanon and beyond, in countries which have power shortage problems.

I recall Mr Harut Sassounian relating about his initiative of forming a coalition of six major Armenian-American organizations, his conversation with then President of the AGBU, the late Mrs. Louise Simone, who had immediately agreed to join, as had done within the same hour all the other five groups. That was in 1989, in the wake of the earthquake, which then generated collective awareness. Due to that unified action, the constituted group managed to send to Armenia and Artsakh, $947 million of humanitarian aid with the support of Mr. Kirk Kerkorian who had appreciated the Unity.
The challenge is not the funding, but the Coalition, the Unity in spirit.

I call upon the major Armenian organizations in Lebanon, with the support of their parent organizations, to establish a Unified Fund each putting in their two cents, announcing their coalition in a press release. The Diasporas would then hear and save the beating heart of the Diaspora.