If We Want to Maintain Our Statehood, We Need To Strengthen the Diaspora in Armenia 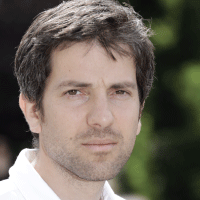 The survival of the Armenian nation is conditioned by the direct involvement of the Diaspora in the political, social and cultural life of Armenia. The Armenian elites should make a revolution of thinking, pushing the Armenians of the Diaspora to get involved in and strengthen this state.

– Mr. Egavian, in a conversation with us in March you said that the future of Armenia, as an independent state, is with the Diaspora. And the risk that we will become an autonomous region of Russia or repeat the fate of the Assyrian people is not unrealistic. What records have you made during these months? What changes have you noticed?

– I see statements of good intentions from the officials I met in Armenia, but I still do not see the realization of the seriousness of the situation. The Armenian leaders are satisfied with mentioning the “old ones” as the only responsible for the current crisis, without setting a roadmap and reaching out to the most competent people, capable of participating in country’s reconstruction. There is one fundamental fact when making optimistic or pessimistic predictions about the future of Armenia: the demographic factor is as important as the geopolitical factor.

Demographics is the basis of all vulnerabilities of the country, that largely explains the defeat in Artsakh and the lack of human resources for the reconstruction of the country and the state. Without solving this demographic bleeding problem, which does not ensure the renewal of generations, Armenia can not look to its future with confidence. Therefore, I emphasize the significant contribution of the Diaspora to the survival of Armenia, if we want to maintain this situation. Every Armenian in the world who wants to help Armenia has just to go and live in Armenia and succeed in professional field. The problem is that we have been in delusion for thirty years. We have been told that Armenia is our homeland as long as we do not interfere in its internal affairs. Subsequent authorities failed to properly direct the resources of the Diaspora to the development of the country. Instead, they built unhealthy relationships based on two things: humanitarian aid and tourism. With the exception of the issue of Genocide recognition, Armenia and the Diaspora have never really worked in a relationship of mutual respect and interdependence for the common good.

– Today Armenia is facing a new security threat, there is tension along almost the entire Armenian-Azerbaijani border, while secondary issues are being discussed in the domestic political field. In this case, what problems can the Diaspora raise, what role can it play? The Diaspora can be a lever of power ensuring Armenia’s security on the condition that the Armenian state should contribute to the organization of political networks and lobbying in a more coordinated and effective way, work on creating a new structure to strengthen the Armenian identity in the world. The fact is that any change, any reform to succeed in the Diaspora, must start in Armenia. It is also necessary for the Armenian elite of the whole world to be able to distinguish between the concepts of “motherland”, which is more and more abstract, and “national state”, which means the formation of common interests and inclusive citizenship. Unfortunately, the idea of a state is still missing from Armenian political thought. Look at the disturbing scene in the National Assembly of Armenia proposed at the level of debates and look at Azerbaijan. This is a country without a clear historical and civilizational anchor, without a national person, but unlike Armenia, the Azerbaijani elite, no matter how dictatorial, has a sense of statehood, and that, in my opinion, is most of their power.

– And why have we not managed to build a country anchored on the consciousness of the nation-state so far? Where were the mistakes?

– Armenians have been excellent servants for foreign masters for centuries, they are traditionally more relaxed in multinational states, they find it difficult to adapt to the model of a national state.

Undoubtedly, the idea of a state is relatively absent in the Armenian political mind. It is the historical consequence since the fall of the Kingdom of Armenia in Cilicia in 1375. The Armenian elite of 1918 was not ready for this project at all. 1991 Independence frightened the political forces of the Diaspora, who feared that Pan-Turkism threatened the existence of Armenia, deprived of its Russian defender. Unfortunately, since 1991, Armenia’s successive leaders have built more regimes than strong institutions and a state with inclusive citizenship. In general, the Armenian rulers made two mistakes: the mistake of confusing the “regime” with the “state”. For example, elites choose loyalty instead of talent. The second mistake is that the Diaspora elites were deliberately excluded from the country’s administrative apparatus and political life, with a few exceptions. The enormous potential of the Diaspora has not been used, which is a huge waste.

– After the 44-day war, it is obvious that there is general disappointment in the Diaspora. It is even reflected in individual charitable initiatives. What are the expectations from Armenia in the Diaspora, what should Armenia do to create a new quality of relations?

– The war showed that the model of Armenia-Diaspora relations no longer works. It is quite old. You can not build a healthy relationship on the basis of aid and tourism, on the basis of the memory of the Genocide, abstract nationalism and lack of sense of reality. Armenians living in Armenia and the Diaspora have the same problem. they find it difficult to imagine the world as it is and prefer to run away from reality holding illusions. I think that the Armenian elites should make a revolution of thinking, pushing the Armenians of the Diaspora to strengthen this state. Why not turn the “Ministry” of the Diaspora into a repatriation agency? Why not turn the outdated Armenian fund into a development bank? If Yerevan is to be the main hub of the Armenian world, it is necessary to give a significant place to the Diaspora executives, giving them legitimacy. This can be in the form of building a senate. In other words, if we want to stay on the map, we have to “Diaspora” Armenia.

Every community has a historic responsibility to invest heavily in this country in a strategic way. The Armenians of France are obliged to contribute to the development of Francophonie and help build “Armenian soft power”, Armenians of the Middle East bring their “know-how” to the world of business, crafts and services, Armenians of the United States – in the world of entrepreneurship, and so on. Everyone has a role to play for the common good of the nation, but one must also realize that the basis of all this is the Armenian state.

– Do you see that comprehension today?

– Armenian servicemen and diplomats, who serve their country with professionalism and dedication, have a sense of state, but the same cannot be said of the political class, which often tends to confuse individual and common interests. Armenia cannot afford to have a corrupt or incompetent elite that has helped exhaust the country’s vitality. A force that prefers blind allegiance to talent. This is a matter of national security.