Krylov, Charents and the Prophet 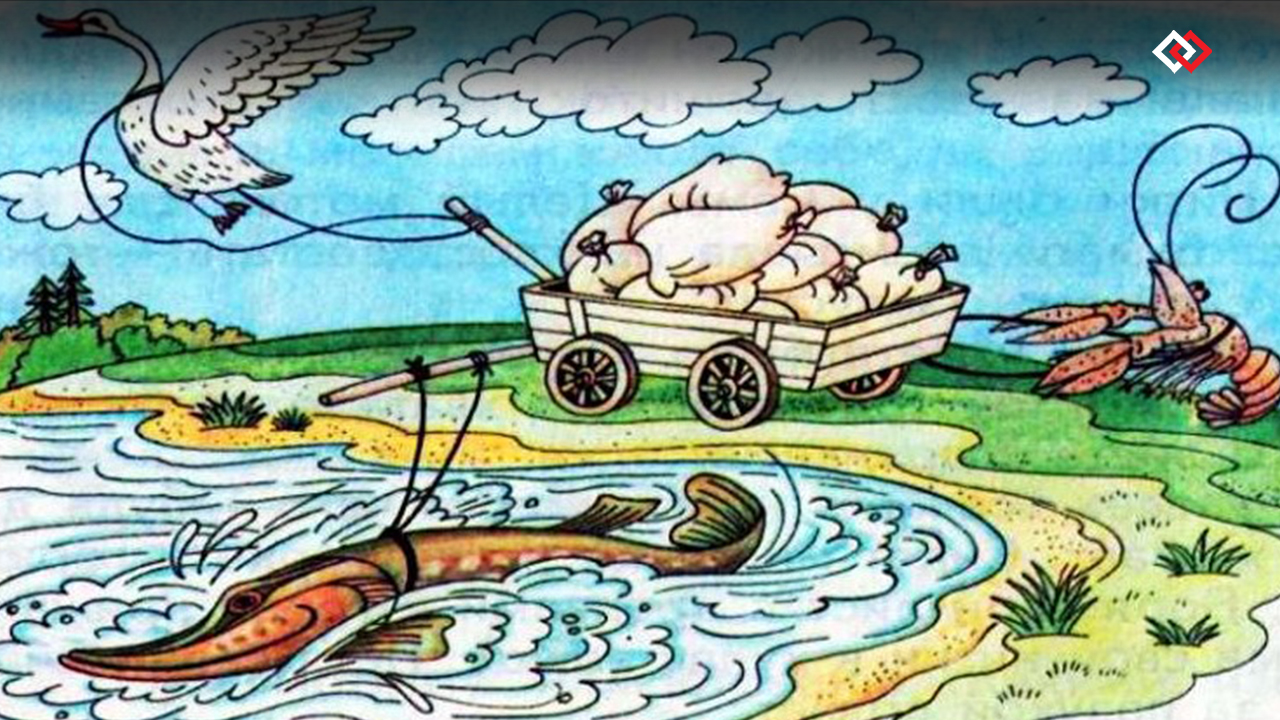 It was with great interest that I learned of the announcement of a second Pan-Armenian Council, which, according to an official press release, will be elaborated during the upcoming Armenia-Diaspora Pan-Armenian Forum in Yerevan from September 18 to 21.

Once upon a time a Crawfish, a Swan and a Pike

Set out to pull a loaded cart,

And all together settled in the traces;

But still the cart refused to budge!

The load seemed light for them,

But the Swan strained skywards,

The Pike pulled toward the sea.

But the cart and its load are still there today.

With great attention I read about the second Pan-Armenian Council program proposed by the President of the country of chess champions, who is also the president of the country’s chess federation. I questioned, searched, tried to perceive the mechanism and the scenario of the second edition of the council, to understand whether it would be like the failed first  which reflected the Krylov’s cart scenario, or if it would follow Yeghishe Charents’ aphorism: “Oh Armenian people, your only salvation lies in the power of your unity”.

One of these organizations (allow me not to mention which) has an annual budget of twenty-four million Euros. The other has no budget. One of the co-chairmen of the second organization has said, “I write our letters myself; print them myself and pay the stamp cost from my pocket”. Who gives money to ”the others” and how do they get the money?  That’s not important. They have. Let’s have it, too.

The first organization has more than 40,000 membership fee paying persons. The other, ours, represents more than 30 organizations: The Swan, The Crayfish, and The Pike …

One of the two, ours, with all due respect for its huge achievements re France’s recognition of the Armenian Genocide, is focused on political activity. In this context, the community has 7 autonomous schools with a total of 1,213 schoolchildren.

The other organization manages more than 200 schools and has 32,000 students, governs the community’s social structures, promotes repatriation towards their homeland, reaches the community’s needy, and maintains warm relationships with the state.

Recently, during a visit to Armenia, Mrs. Anahid took with her presents offered by three Tbrotzaser school bus drivers: clothing, shoes, costume jewelry, a variety of other objects, and an envelope containing 200 Euros – all addressed to the family of one of the heroes of the Masis region, martyred during the Four-Day War. The monthly salary of the above mentioned bus drivers should be around 1,000 Euros. They probably pay 600 to 700 Euros rent, and still dropped their two cents into the charity box.

Please do not say that we do not give.

People give, but they hesitate to give to the Swan, the Crawfish or the Pike. . . the three drivers gave… Vatche too donated $30 million to the UCLA…

Do not you say our people do not give.

Last week, during my visit to Yerevan, the representatives of the Ministry of Diaspora assured me that the targeted goals of the previous Armenia-Diaspora forum had already been reached. If so, please visit Turkish halls of the Paris, Munich or Las Vegas international exhibitions and look for at least one Armenian booth at these trade exhibitions. Then, visit www.tulumba.com and try to find its Armenian equivalent.

Should we, the architects and the masters of the Silk Road, along with our 7 million Diaspora and Diaspora entrepreneurs, take lessons from the Turks? Until the ‘70s the Armenians were at the center of most significant financial deals in Turkey. What is with us today?

I read with interest that the Pan-Armenian Council’s program had generated considerable enthusiasm among intellectuals.

I wonder whether our intellectuals are sharp chess players and whether they are skilled enough to analyze a pawn move and the purpose behind it? Have they examined whether the proposed council should involve the people, or is it going to be an elite club?

Today we have the Homeland and Artsakh: two good or bad democratic republics.

But what about the Diaspora, the powerful Diaspora, which is so reminiscent of  Krylov’s cart?

I wrote and then interviewed the Crawfish, the Swan and the Pike, their three duty officers.

I challanged the Benevolent, the Hour yev Anoush.

I met and wrote to the Jackal and the Fox. One had taken a chicken, the other a lamb, one had opened a farm and the other founded a factory. Yet another had grabbed a mine.

With filial humility, I wrote to the highly respected, high-chaired Oughd ev Entzoughd, the Camel and the Giraffe.

I finally wrote to his Highness, in person Lion the king.

Whether they do not want or do not see,

Who’s guilty here and who is right,

is not for us to judge,

But the cart and its load are still there today.

The strange fact is that we Armenians followed Krylov’s example, while our Jewish brothers followed Charents’ appeal.

“Oh people, your only salvation lies in the power of your unity”.

”And the Lord set me in the middle of valley full of skeletons and bones which were too many and too dry.

Then the Lord said ‘I will put my spirit in you and you will be resuscitated… and I will bring back the sons of my nation from the countries they migrated. They will execute my commands, and live according to my law. I will re-unite the nation, there will be one king over all of them and they will never again be two nations or be divided into two kingdoms’.

Then I saw that tendons and flesh appeared on the bones lying dead in the Diaspora, skin covered them and breath entered into their bodies; they came to life, stood up on their feet—and made up a vast army*.

Oh people, today, this prophecy is being realised.

I will write to you soon.